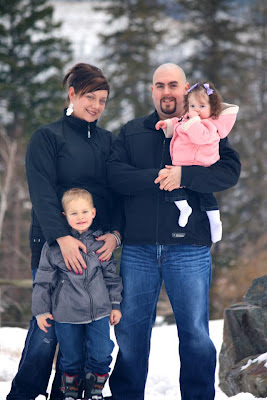 We had a 3 year old at home named Corey when our baby girl was born. We live in Canada - A place that people think wrongful accusations would never happen!

(this is the first time I have ever shared our story so publicly, I just think it’s now time).

20 months ago we were blessed with a beautiful baby girl we named Claireese.

We took her home from the hospital three days later and headed back into the ER that night after fracturing her femur while changing a diaper. They admitted us to the hospital and decided that our story was not legitimate and concluded that Claireese had been abused.

Social services ordered x-rays on our brand new baby that resulted in her being exposed to 97 films of radiation. They also ordered blood work (something we have never been able to get to this day because of her small veins) and pinned her down and tortured her through this procedure. We believe this was when her arm was fractured - discovered later on.

Claireese had approx 12 fractures. Some we never knew of until later on when they showed up healed on x-ray. Child services determined this was abuse and we spent the next few weeks trying to prove that we deserved to keep our children.

A doctor actually told me at the Hospital that if I told child services I had dropped her, this would all be over with, there would be nothing they could do. Heartbreaking that lying to try and keep our kids where they belong was going to be our only option. RCMP escorted Doug and I out of the hospital and took us down to the police station where we were both harshly interrogated.

Meanwhile Claireese's sclera was so dark it looked like she had no white of her eyes, just pupils. My mom Googled broken bones in newborn and "Osteogenesis Imperfecta" came up. It said that "blue sclera and unexplained fractures" were key signs. She printed this off and brought it into the hospital and our pediatrician took one look at it, pointed out the “1 in 50 000 odds”, handed it back to us and said "very unlikely".

It took weeks of us proving to a social worker that we were good parents and that something needed to be done. The hospital put in their report that "All tests have been run that would rule out abuse and everything has come back clear therefore it was being determined to be abuse." After weeks of fighting for our kids, our Social worker (who was as wonderful as a social worker trying to take your kids away could be) got us testing at Children’s Hospital in Vancouver for Osteogenesis Imperfecta.

When we went down there, they clinically diagnosed her that day and we were cleared from Social Services. That day we learned that our baby girl had a very rare brittle bone condition - Osteogenesis Imperfecta. We were lost. NOBODY knew what OI was and our little girl had it. Nobody could answer our questions, nobody we knew had it, and it was awful.

We took matters into our own hands and things started to change for the better. We got a proper diagnosis. We found a wonderful support group that has helped us through more than they will ever know. We found the leading OI specialists in Montreal and were able to get Claireese to their hospital where she now goes for all her care along with many other children from all over the world with OI. In Montreal they are able to treat her like a child and not an experiment to learn more about brittle bones.


We know that all of this could have been prevented if people including medical professionals were more aware!

We're thankful for where we have got, by putting up a fight and refusing to accept NO as an answer. We are thankful for all our family and friends that have stood by our side day in and out through it all. 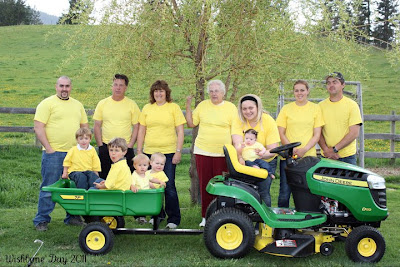 So after reading our story, we hope that you remember to wear yellow on "WISHBONE DAY, 6th MAY" - a day for raising awareness for osteogenesis imperfecta. A day to recognise our little Claireese and all her friends with OI.

Because awareness does make a difference and we stand beside that.
So can you!

Incredible that this can still happen in this day and age. This story is almost identical to what happened to my husband's family when his brother had unexplained fractures as an infant. The difference is it happened more than 30 years ago in rural Australia.
Good luck to your beautiful girl and your family. Happy Wishbone Day! 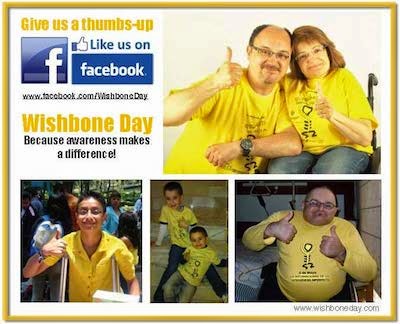